Born & raised in NJ, a piano protégé by his early teens with a strong influence from soulful church music, old-school Funk and R&B.  The legendary Stevie Wonder nicknamed him the “Little Boy Wonder.”

Experiencing great highs and many lows in both his life and career, he has learned to rely on his faith to help him overcome, endure & eventually bounce back from his struggles, insecurities and rejection. What should have broke him, did… BUT, it also humbled him and made him stronger.  He learned how to truly worship, not to just perform and that even during both the good and the bad… God is still good. So Good!

To date, he’s had 6 Top 25 singles on the Billboard Gospel Radio Airplay Chart.

With songs like “I GOT OUT”, “ALL BACK”, “STEP IN THE NAME”, “SUCH A TIME AS THIS” and “I CAN MAKE IT”, he continues to impress with his hit songwriting, sing-able melodies, soulful keyboard skills and undeniable music production.

Most recently, releasing his funky brand new single “SO GOOD 2 ME” featuring Steven J Collins on talkbox with an exclusive LBWM Remix. Both versions are available everywhere digital music is sold. Go to Apple Music, iTunes, Youtube, Spotify or Tidal and download or stream it! #SoGood2Me

With a calling to encourage others through his music and testimony, Popin’s heart for diversity, culture and bringing people together is indisputable.  An Artist, Musician, Writer, Producer, Influencer, Motivator, Encourager, Connector, Innovator and Bridge Builder, are all words that describe him, but if you ask him personally, he is just doing what he loves and is called to do. A husband first to the love of his life, Susan, for 21 years and a Dad to 6 children (3 boys / 3 girls) ranging in age from 3 to 22.

* Ladies & Gentlemen, let’s get it POP-IN. Please welcome the one & only… BRYAN POPIN! 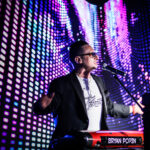 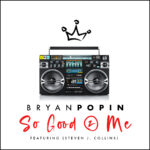 It’s not your idea. It’s your timing & executi