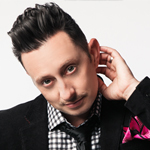 *Just Announced… BRYAN POPIN to Present at The 47th Annual GMA Dove Awards Pre-Telecast (Pre-Show) LIVE in Nashville, TN
NASHVILLE, Tenn. (September 21, 2016) – It has been confirmed that the energetic, soulful rising gospel Artist that has brought us “I CAN MAKE IT” and “SUCH A TIME AS THIS”, has now been added to the list of Presenters at the upcoming 47th Annual GMA Dove Awards Pre-Telecast (Pre-Show) in Nashville, TN on October 11th. Bryan Popin, aka “Little Boy Wonder”, a nick-name given to Popin by the legendary music icon Stevie Wonder, will be among some of the top Artists/Writers/Producers in Christian/Gospel music today. The Pre-Telecast (Pre-Show) will be hosted by Travis Greene & Blanca.
The Gospel Music Association (GMA) recently announced the official list of presenters & performers set to appear at The 47th Annual GMA Dove Awards including Hillsong United, Tamela Mann, Donnie McClurkin, Natalie Grant, Priscilla Shirer, TobyMac, Anthony Brown and Group TherAPy, Steven Curtis Chapman and Hollyn. The 47th Annual GMA Dove Awards will be hosted by FOR KING & COUNTRY and TYE TRIBBETT & sponsored by LifeWay! The awards show will take place on Tuesday, October 11, 2016 at Lipscomb’s University’s Allen Arena in Nashville at 6:30 p.m. CST. Trinity Broadcasting Network (TBN) will exclusively air the awards show on Sunday, October 16.
“It’s definitely an honor to be associated with all these great Artists, Writers & Producers here in Nashville at The Dove Awards. I’m beyond thankful for every single opportunity to share my story & the music He’s given me. I pray that this opportunity will only help encourage & bring hope to the hopeless, the forgotten, the broken & the frustrated even more, as this is what it’s all about to me!,” says Popin.
Top nominated artists include Lauren Daigle, Hillsong UNITED, Chris Tomlin. Kirk Franklin and Bill Gaither.  View the full list of nominees here: Dove Award Nominees
The GMA Dove Awards celebrates the contributions of Artists from every style of Christian/Gospel music. Nominees are determined by over 1,600 professional members, and winners will be voted on by the entire GMA membership of nearly 2,500. For more information, please visit: www.doveawards.com
If you’ve never seen Bryan Popin LIVE, check out his EVENTS page via his website below as his energetic praise, passionate worship & flowing keys has sparked many to compare him to a mix of Kirk Franklin, Tye Tribbett and Israel Houghton!
http://bryanpopin.com/upcoming-events/

Popin will be releasing a full project to follow up his previous eOne release, You Can Make It, but this time on a new joint venture imprint label between Little Boy Wonder Music, a nick-name given to Popin by the legendary music icon Stevie Wonder and Flaydo Music. It seems inevitable that Popin’s best musical work is soon to come as he has teamed up with hit maker AyRon Lewis (Kirk Franklin, James Fortune, Bishop Morton Jr.). Bryan Popin’s team will soon be announcing a few guest Artists appearing on the project as well as the official release date.

SUCH A TIME AS THIS, the current single from Popin, is available on iTunes, GooglePlay & all digital outlets. It is currently a Top 20 single at gospel radio and climbing!  Also available with the single are 2 new remixes of Popin’s previous hit theme song, “I CAN MAKE IT.”
Click here to BUY & DOWNLOAD the single “Such A Time As This” on iTunes:
http://smarturl.it/ypt6p2
ABOUT BRYAN POPIN:
Born & raised in NJ, Popin was a piano protégé by his early teens. Later in his career, the legendary Stevie Wonder nicknamed him the “Little Boy Wonder” and he’s continued to impress with his songwriting, keyboard skills and vocal flow. His live energy & passion is undeniable, as his skills on keys is quite impressive. Popin’s appeared with Bishop TD Jakes numerous times and featured at both MegaFest and Bishop Jakes’ Pastors & Leader’s Conference. He’s written with R&B legend Chaka Khan, opened for Tye Tribbett, Israel Houghton, Deitrick Haddon, Donnie McClurkin & Marvin Sapp. At the height of their popularity, Justin Timberlake’s *NSYNC recorded one of Popin’s songs for their multi-platinum album, Celebrity.
LINKS:
Website: www.BryanPopin.com
Facebook: www.facebook.com/BryanPopinMusic
Instagram: www.instagram.com/BryanPopin
Youtube: www.youtube.com/BryanPopin